A Function in Fashion

Most girls can relate to carrying around a little purse growing up. A place to store the tiny items we felt we needed, which turned out to be sparkly lip gloss and fun size candy. But, by the time we reached young adulthood, no one gave us a lesson on purses. Why do we carry purses? Lucky for you, ShanPaulo is offering an introductory course in purses — and at no cost to you! 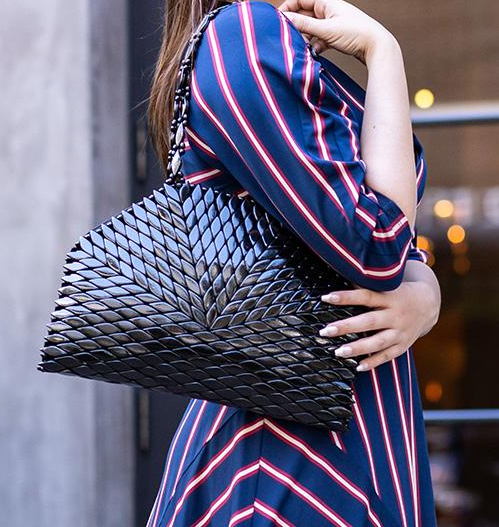 Of course, you know what a purse is, right? A purse is the over-the-shoulder storage space for women’s essentials because the fashion industry deprives us of pockets. Well, kind of. Today, the English language uses the words “purse” and “handbag” interchangeably. But, these words used to mean different things. A purse is defined as a small pouch used to hold only money, which is why we refer to the bag frozen with Ötzi the Iceman as a purse. A handbag is defined as a bigger bag used to hold items beyond money.

Humans have used purses for thousands of years. Humans — not women. The need to carry items is not gender-neutral, which is why you might see paintings of soldiers from the Revolutionary Period in your history books wearing what look to be cross-body purses. Actually, the oldest known purse is 5-thousand years old and belonged to the man I mentioned previously, Ötzi the Iceman, appropriately named after the discovery of his naturally mummified body in the Ötzal Alps.

Almost all modern women share the frustration of wearing a dress and fighting the muscle memory to shove her phone against her hipbone — you know, where the pocket should be. What if I told you that what we know as pockets today were originally for women’s clothes? Thanks to Freudian ideas, handbags became a very unfeminine accessory for a time. So, it was mostly men who wore purses. By today’s standards, these “purses” more closely resembled briefcases and messenger bags.

The utility of a handbag eventually brought handbags back to the ladies. (We all need to carry things, right?) During the Industrial Revolution, trains became widespread, which increased the frequency of travel and the need for effective travel. One frequent traveler, Samuel Parkinson, realized his wife’s purse would not withstand the trip the two planned to take. So, he placed an order for several purses in large, varying sizes with the company H. J. Cave, insisting the purses be made using the same durable material as his travel cases.

And the luxury handbag industry was born! Almost. The H. J. Cave purses were not only durable for travel, but showed a sign of wealth. More requests for these pricey purses began flowing in. Enter designer Louis Vuitton to the game, who marketed large, expensive purses and called handbags by name for the first time. 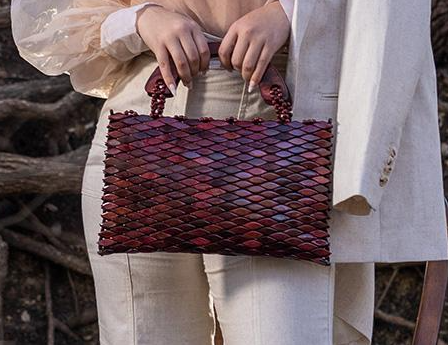 Today, the interchangeable “purses” and “handbags” have many names: clutch, wallet, cross-body, tote. The list goes on! Although the functional accessory is still primarily marketed to women, men all over the world can be spotted defying gender norms wearing purses. More companies are going green — ourselves included! ShanPaulo handcrafts all of our handbags out of reclaimed wood. We can only expect the rich history of handbags to continue to evolve. So, who knows what’s next? If we can bring back fanny packs, anything can happen.